Old Joke: How many pancakes does it take to shingle a dog house?

Answer: 5 , because Ice Cream has no bones.  Get it? Me neither. The fun is watching the person wrestle with trying to figure out a nonsense joke.

As we finish 2018, and in particular the last quarter, the reasons given for market pundits have the same note as the old joke. When the market gets as volatile as it has lately, it’s only human to seek answers for the reasons for said volatility. The news media seems to have no shortage of guesses, including: The Fed interest rate policy, White House turmoil, trade war with China, Global economic growth forecasts, and probabilities of a recession.

Are any or all of these correct? Sadly, we will likely never know. Even the financial crisis of 2008 is still hotly contested regarding what actually caused it. You might think that with the benefit of hindsight, we would be able to study the history and at least agree on what triggered it. No dice. Many pundits opine that it was caused by greedy wall street firms behaving criminally and can’t believe that nobody went to jail. Others review the period and come to completely different conclusions. For the record, I fall in the camp that holds the view that new “mark to market” accounting rules that were introduced just before the crash (and reverted to the old rules which right after the reversion saw the market begin to recover in March 2009) were the root cause of the panic.

So, it’s hard to say why the market is down recently. There is nothing in the fundamentals of the economy that seem to justify the swoon: job growth is good, corporate profits are great, oil prices are down-which is a break for all the users! As usual, there is always something to point at: housing growth is flat, and the Trump administration almost weekly has some sort of drama going on. But overall, the picture hasn’t changed. It’s been interesting that although all equity asset classes have been volatile, it is the US market that leads the pack, being down the most. Most often the foreign markets are most volatile when things get like this.

What to do? The hardest thing for many people: maintain your strategy. If you have surplus funds to invest, now would be a great time to put them into your portfolio.

If someone asks how you are handling the volatility in the markets, answer the question with a question:

What’s the difference between a Duck?

Answer: One foots both the same! (Their confusion will make you feel very wise!) 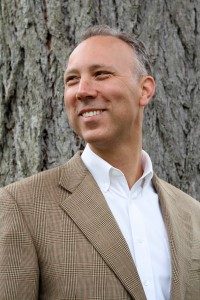